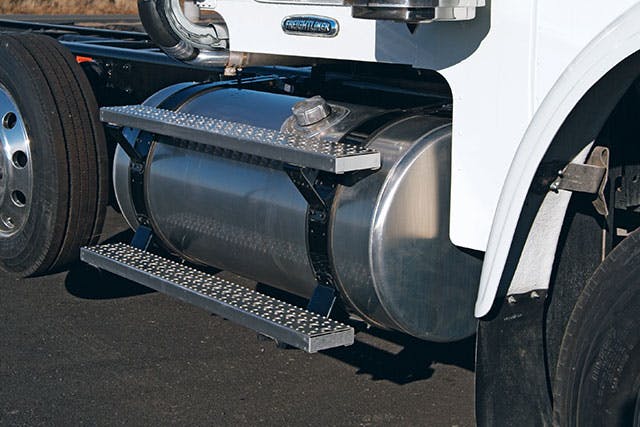 During the winter months, some of the most influential conditions are wind, snow, rain, and temperature. Headwinds and crosswinds significantly increase aerodynamic drag, which results in reduced fuel efficiency. For every 10 mph of headwind or crosswind, fuel efficiency is reduced by as much as 13%.

During the cold winter months, fueling stations will switch to winter blend fuels. Winter blend fuels contain additives to lower the temperature at which diesel fuel gels. These additives adversely affect the cetane level of the fuel and can result in a loss of one-half to three-quarters of an mpg in fuel efficiency.

In very hot or very cold temperatures we tend to see an increase in engine idle time to keep the cab and sleeper warm or cool. Idle time can significantly affect you fuel efficiency. A diesel engine running at 1000 rpm can consume up to one gallon of fuel per hour. At today’s fuel prices, idling an engine for 8 hours could cost you $ 30.00. Every hour of idle time in a long-haul operation can decrease fuel efficiency by 1%.

Rain, snow, or slush on the road increases the vehicle’s rolling resistance, because in addition to moving the vehicle, the tires must also push their way through the precipitation on the roadway. The precipitation cools the tires, transmission oil and axle oils. These components operate less efficiently at lower temperatures. The increased rolling resistance and drive-train friction in just a light rain can increase fuel consumption by 0.2 to 0.3 mpg.

There are so many things that adversely affect fuel economy that are out of our control. This makes it very important that we maximize the efficiency of all the things in our control to achieve the maximum fuel economy.